As you might have noticed we have been quite the past month, we are shifting to more monthly based info drops for now to help lessen the load of social media work I, Zane, have to do as a community manager. Instead I’m focusing on working on the game more. Which I’ll get into what I’ve been up to in the progress section.

The Team has been working hard on the Vertical Slice bringing new updates and changes to our levels and systems. Outside of that we’ve been doing a bunch of backend post Kickstarter stuff, such as working on getting Backer Kit surveys which you will be getting soon. 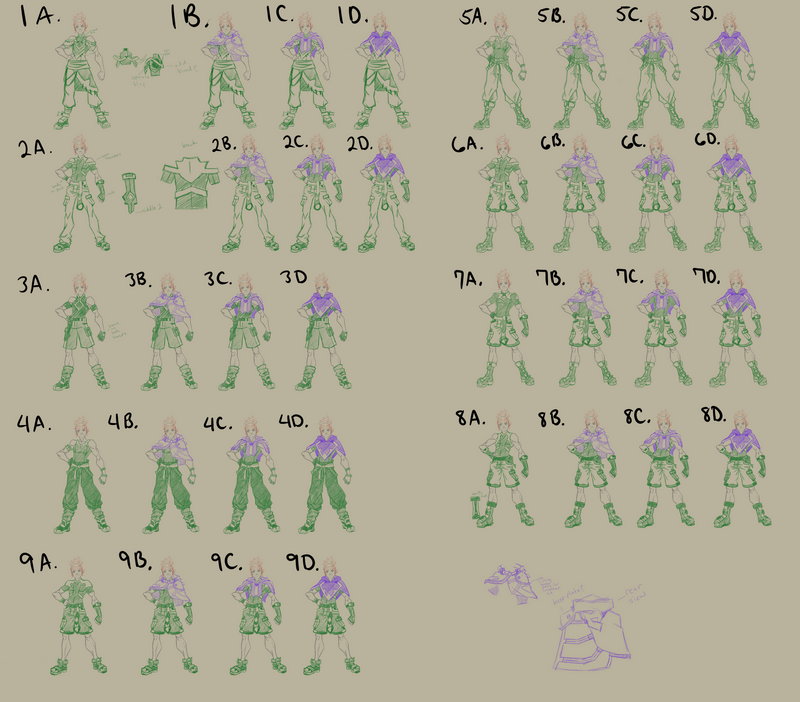 This design has callbacks to Kaiya’s design while keeping a more masculine and male take to the design. We are looking to aim more towards design 6 but with design elements from 7 as well 8 and then the shoes of 9. We have yet to pick out any particular mantle design, but we are leaning more to one similar to Kaiya's. We can’t share much about the Scowl evo but it has been progressing well. 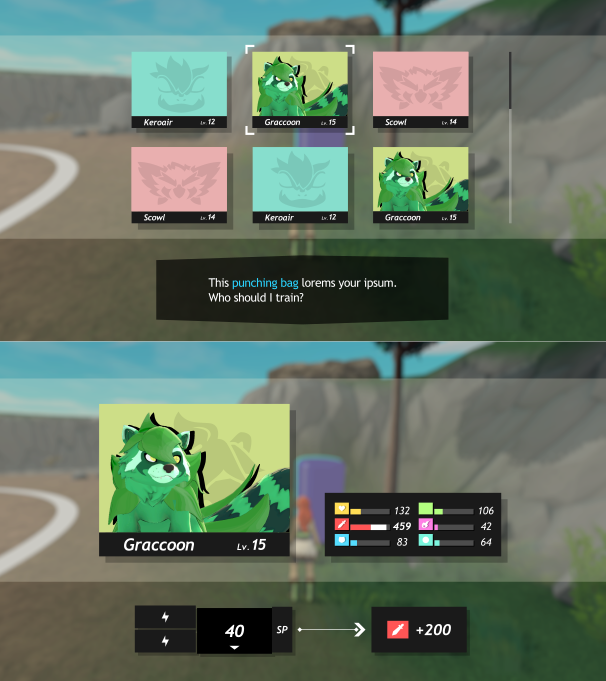 -What you see here is an early version of the Training Object UI and Mythren Selection UI for the training objects. We still have a handful of design problems to figure out but it’s for sure getting there.

Thanks for reading, and we’ll see you next month on the 2nd of August.