As most of you reading this will know, our Kickstarter was successful! We can’t say enough how much we appreciate all of you for supporting us and we can’t wait to deliver an awesome game for you all. 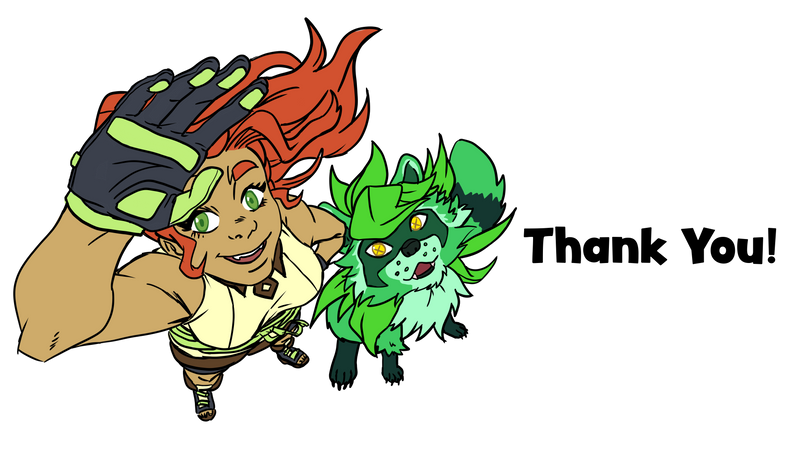 We’ve been doing a lot of project management which will allow us to scale up as we add new freelancers to the project down the road. We’ve added a producer to the team, and though the team is taking a bit of a breather post-kickstarter, we’ve got big plans! Beyond that we’ve been working on finalizing shipping details / final costs for physical rewards before we send out BackerKit surveys, and making sure we’re handling our taxes.

As stated before the Wild Isle newsletter is still planned and we will make sure to keep you updated through our Discord before this focused newsletter goes out.

This month has been a lot of backend work, but the next newsletter should have some more visual goodies!

For our second community challenge, we revealed that BottledDucky won our developer vote with his Arcane Graccoon. For the community vote, Dunnakhiin pulled ahead by quite a large margin.

We’re excited to put these in the game!

Thanks for reading, and we’ll see you next month on the 1st of July!